It's coming up to a year now... a year since my baby was born. My mind is going crazy with memories and the emotions I still feel so strong, as if it were yesterday.

I made an appointment and had my coil removed after 4 years. I went straight on folic acid and we started trying to conceive. After a couple of weeks of trying I had my period, so no baby! Of course, being older and only trying for 2 weeks and not a single period for 4 years it's what I expected and what my body needed. Tests revealed that ovulated a week or so later and 2 weeks after that I had a positive test. I've always conceived quickly so wasn't surprised… much to my husbands disappointment lol… he'd very much prefer we keep trying hehe!

From the start this pregnancy was different to my previous two; I bled 6 weeks in and after having a miscarriage before I assumed I was having one again and although I felt sad, I was ok with that as I knew I was very early and these things happen for a reason. I had a scan and was told everything looked fine and the baby had a strong heart beat, I was happy of course but still cautious. I continued to bleed so had further scans and was repeatedly told there was a strong heart beat and everything looked fine.

I got to 18 weeks and couldn't wait, I had to find out the gender. We took the boys and had a private scan. When they told me I was having a girl I couldn't believe it, I cried for an hour, pure happiness, I felt like the luckiest girl in the world, i would have 2 boys and a princess.

The morning of my 20 week scan (the one where they check for complications) I had a bleed. Only 2 days before a lady told me she was pregnant with a girl and lost her at 20 weeks. My head was all over the place, I couldn't help feeling negative and worried that there was a problem and I was losing my princess.

I walked into the scan room crying! When the sonographer asked why I was crying, I told her I was bleeding and scared that I was going to lose the baby. She then told me how important the 20 week scan is for finding out if there is anything wrong with the baby, and how for most people this fact is over-shadowed by their excitement of finding out the gender. These felt like strong words, but I felt reassured that the sonographer would identify if there was a problem.

The scan went incredibly well considering the bleed and my worrying. She told me everything was fine and booked me in for a 34 week scan to check the placenta again as I had been bleeding. Reassured by this positive outcome, I carried on dreaming about my life with my princess.

I was a week overdue when I had another bleed, it filled the toilet, so in to hospital I went. They kept me in overnight and the next day they broke my waters. Within 20 minutes I was in established labour. Being back to back I was in a lot of pain but I was determined to have this baby with no help and get myself back home to my two boys ASAP. 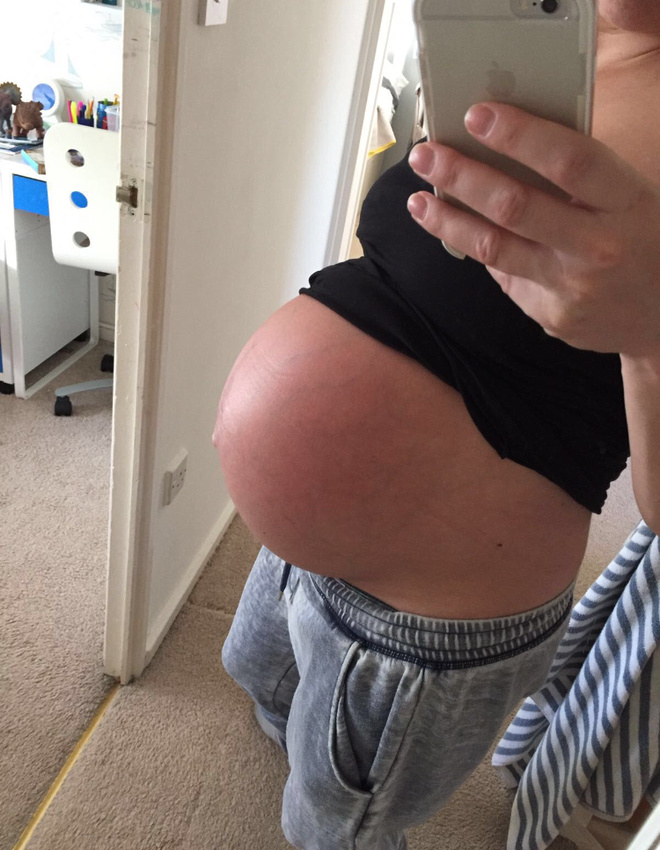 The birth was OK. 4 hours roughly. I pushed my huge 9.11lbs princess out with nothing but a little gas and air.

I looked down and saw a scrunched up blue screaming face, she was finally here… I couldn't see what she looked like because she was screaming, that was a good thing as then I knew she was OK!

Then the room went quiet, the emergency button was pressed and they quickly took her away. I kept telling Richard (my husband) to find out what was going on, he looked pale and shocked, I just kept asking what's wrong??

I heard Richard talking to the hospital staff, he said “we don't keep secrets, I'm telling her”. I asked what was going on and he told me she had a huge blister on her back. My first thought was - so what, just cut it off, maybe it's just a birth mark. Then he said they were taking it really seriously.

Over the next hour I had different doctors coming in to speak to me. One crazy doctor was saying he thinks she has spina bifida. Spina bifida! I just felt sick. Oh no, I thought, people don't have these babies, that's why you take folic acid so you don't have "babies like this”. I realised how bad this was and said to Richard “Our daughter is disabled. Seriously disabled. She’ll be in a wheelchair, she'll never walk.” he was upset and angry. 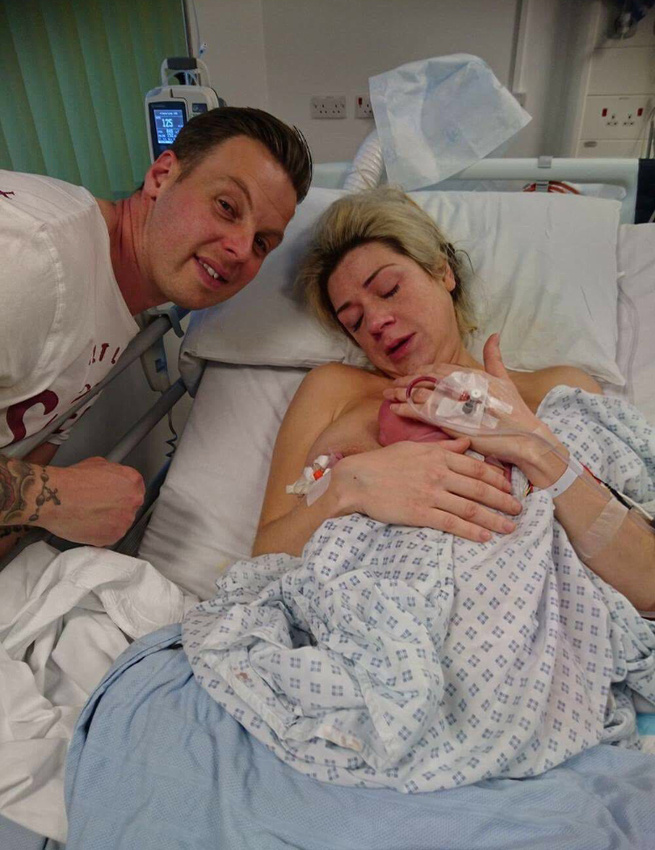 After that, things just got worse. My body was in shock so I couldn't birth my placenta and eventually I passed out. I came round in the theatre room and reached for someone, I said “don't let me die, my boys need me”, she laughed and said “you’re not going anywhere”. Then I heard someone say there was a very angry man in the birthing room and the surgeon replied “that's not surprising”. I lost over half my blood and was left unable to move due to the spinal block that was needed for my surgery.

When they took me back to the room (all a blur) Richard seemed ok, he didn't seem angry, he was trying to be strong for me.

Remi was taken to another hospital and we were left in the birthing room for 12 hours! 12 hours to think the worst, 12 hours of separation from my daughter who I didn't yet know. I was grieving the loss of the "normal" baby I thought I was having.

I was taken by ambulance to the same hospital as Remi where I was wheelchaired to the intensive care unit where she was. I cannot fully explain the the pain I felt in my heart. I’ve never cried so hard, my heart was pounding. I just kept thinking “what will she be like, what if I can't bond with her…"When they took me to see her I realised I didn’t know what she looked like! I couldn’t recognise my own baby. But there she was… the only baby there laying on her front. She was beautiful, so fresh and pink. All I wanted was to take her out of this nightmare and go home. Oh, how I longed to hold her.Not even a day old and my princess had to undergo a 5 hour surgery to close the lesion on her back. 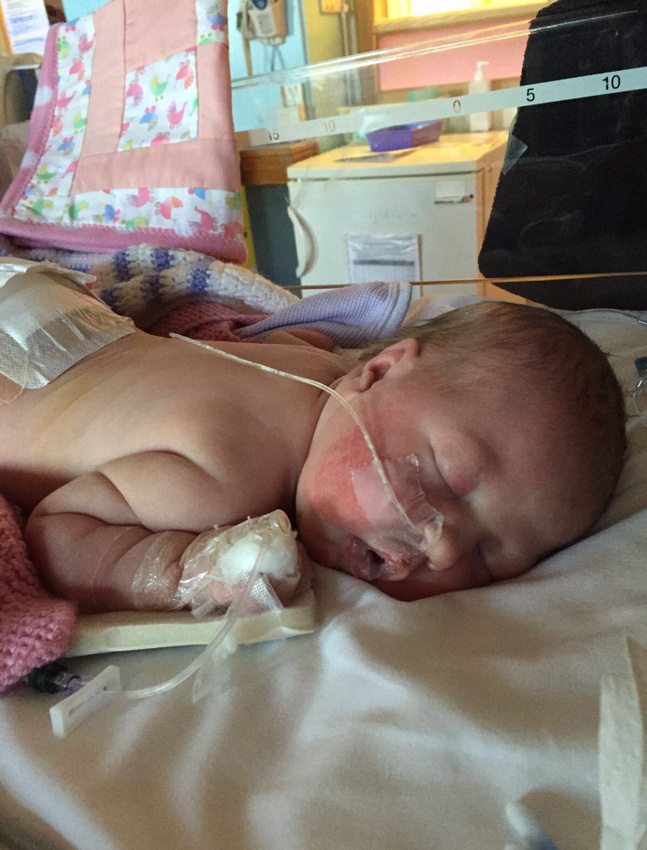 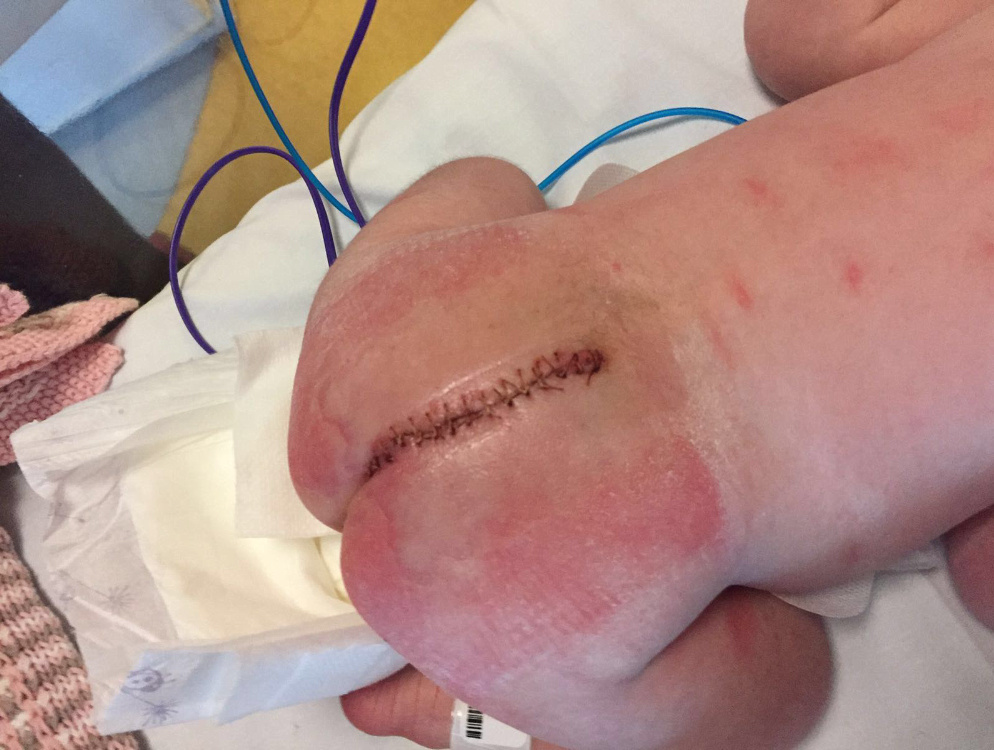 Then it was time for recovery, bonding and getting to know what spina bifida means for us as a family.

Over a week of intensive care and we were allowed home, just for a little while, to bond with our baby. I learnt how to dress her wound at home and do the nurse bit myself. This was followed by numerous visits to hospital to learn how to deal with the special needs of a baby with spina bifida.

We had so much to learn and understand and now, nearly 9 months in, I couldn't feel anymore blessed! From the heart ache, agony and worry of having a child who will live in pain and suffering, to seeing a pure beautiful princess who was very nearly not here. Far from living in pain and suffering, Remi is thriving, happy and loving life. Who was to decide she shouldn't be here in this world? She's her own little person developing her own personality who we love so dearly. All I can say is how lucky we are to have her and how it just kills me to think of life without her.

Remi’s is the first case of undiagnosed spina bifida in 15 years.

Seeing the defect (open spine) on the scan picture shortly after her birth, made me realise how close it was to her not being here. With the bleeding and the worry, if I was told there was a problem, my baby girl wouldn't be here today. Remi has Myelomeningocele Spina Bifida… she is even more special than we ever expected. 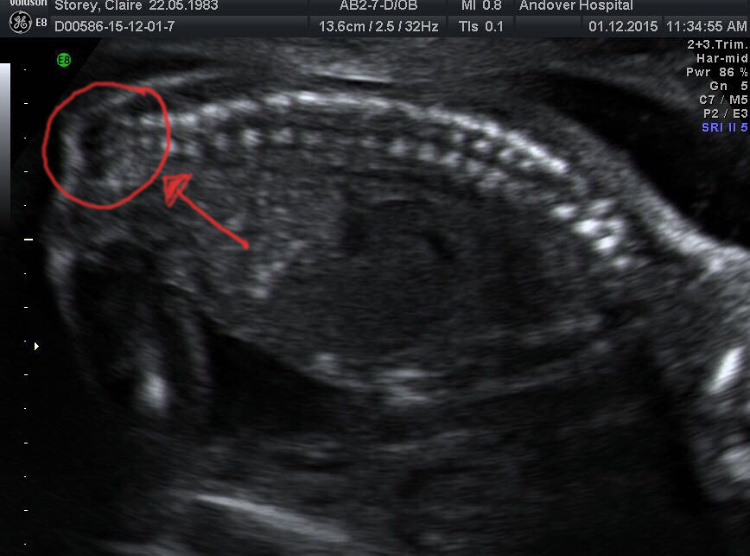 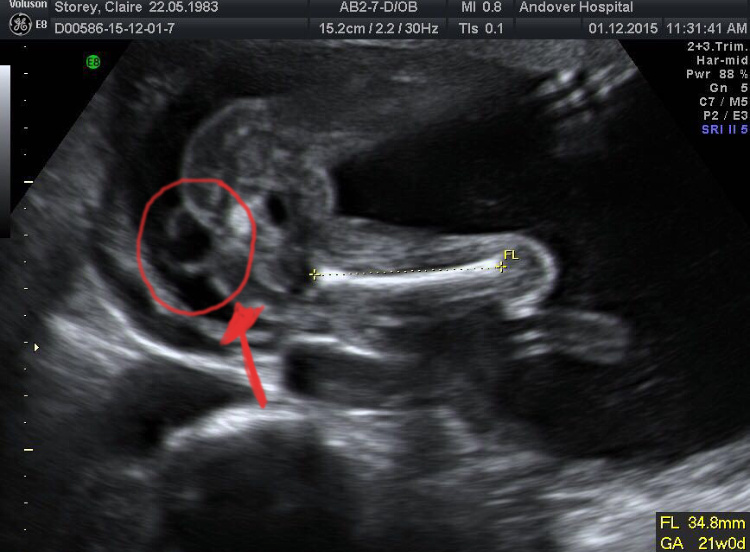 Our journey continues and I can't wait to watch her take her 1st steps, whatever help she needs (if any) we live in hope and positivity.

She is an inspiration, she will live a fulfilled and normal life and I will make sure she is proud of who she is. 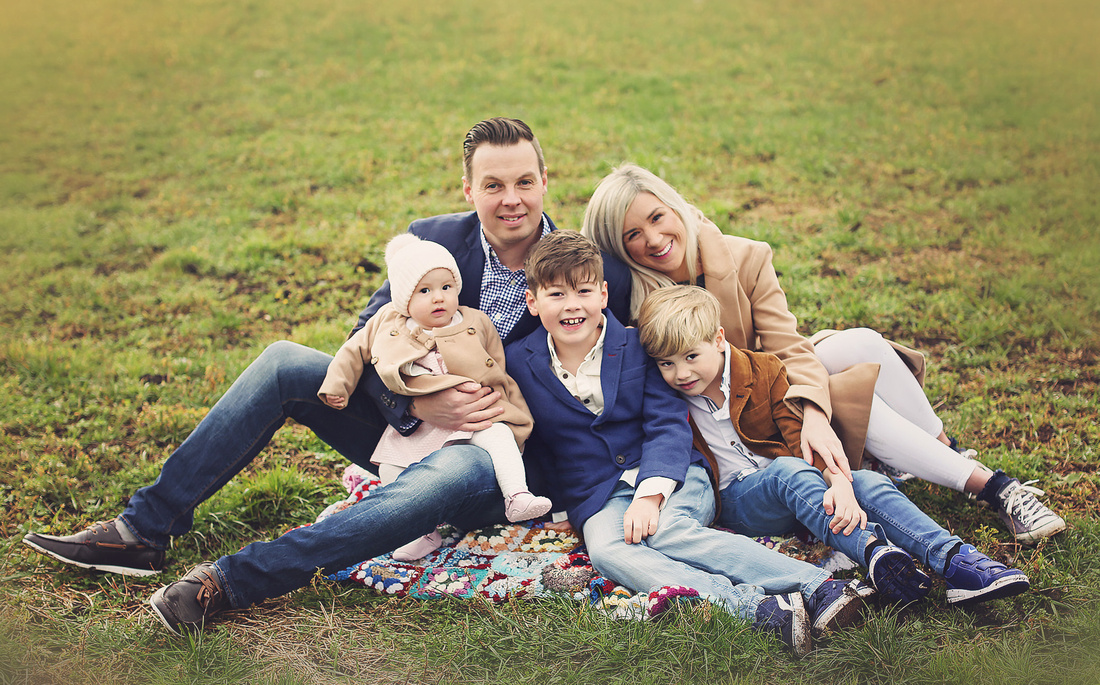 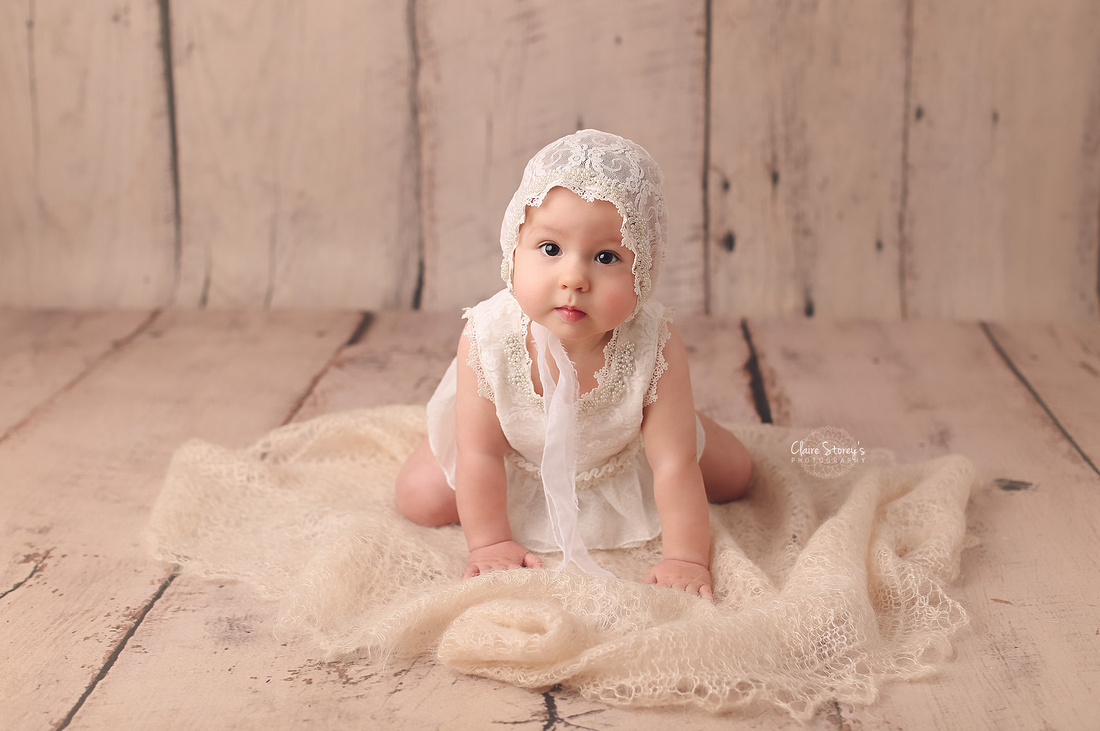 Ayanna(non-registered)
You have a beautiful family. There might be struggles but you will get through it.
Keyla(non-registered)
Love your story! My son is 4 name is Remington and we call him Remi. He also has myleomeningocele spina bifida and we love him just the way he is! Yes things are harder at times but he makes us appreciate the small things even more
Claire(non-registered)
Wow Leah what a journey you’ve been on too. How old is she now?
Leah(non-registered)
Two years ago I sat in a chair in a doctors office and learned that my daughter was diagnosed with SB. She had clubbed feet as well they spotted this on the ultrasound done. My diagnosing doctor failed to answer my questions about what it would mean for us and her future too. I remember being frustrated with my doctor. I even switched doctors not long after receiving the diagnosis. Our diagnosing doctor was too pessimistic for my liking.

The NS was amazing however. We were cleared by him not long after he helped deliver our two children and check that my daughter was fine. He was the only specialist on Team Laurel who could always answer my questions and tell us what we can expect. Her lesion level is L1/L2. However I think that after careful observation at PT sessions that she functions as if her defect was one level higher than originally told. We are beginning aqua therapy in September along with swimming lessons.

Our NICU stay was one of the hardest parts of our journey so far hands down. Nothing else compares.
Amelia Horvath(non-registered)
I am so glad your little princess is alive and thriving. I am studying spina difibida in class and learned about what it does, and I have been wanting my own child since I was 5, and this made me not wanna have a child. I don't want him/her to have something like this. But seeing your daughters story changed that. No matter what, I will make it work. Your daughter is truly a blessing.
No comments posted.
Loading...
Subscribe
RSS
Recent Posts
Full Newborn Session My baby is broken Cake smash vs Sitters session Living with Spina Bifida
Keywords
NEWBORN spina bifida PHOTOSHOOT attack bifida CBT cognitive behavioural therapy disease Kawasaki disease Kawasakis
Archive
January February March April May June July August September October November December
© Claire Storey's Photography
Powered by ZENFOLIO User Agreement
Cancel
Continue